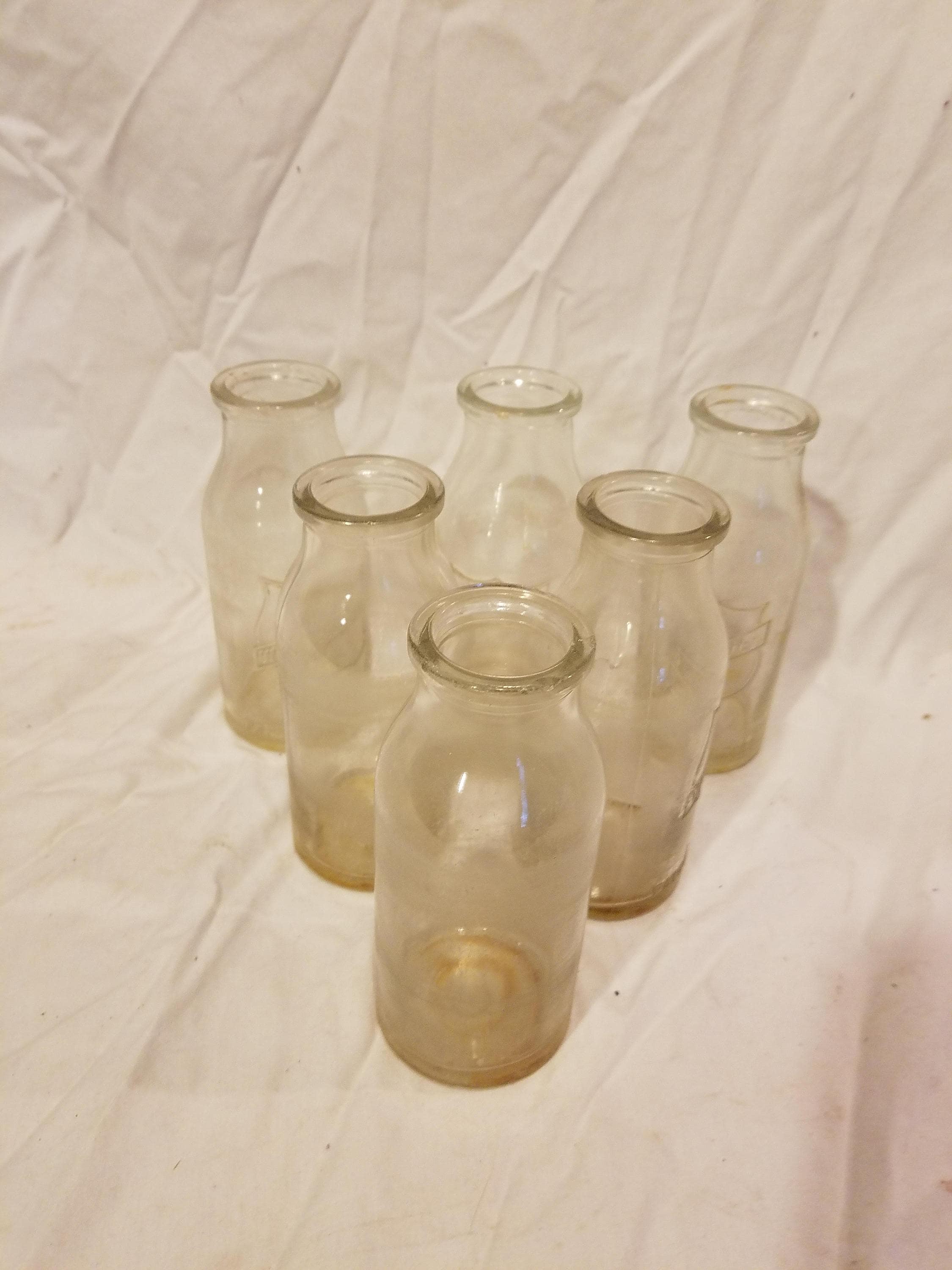 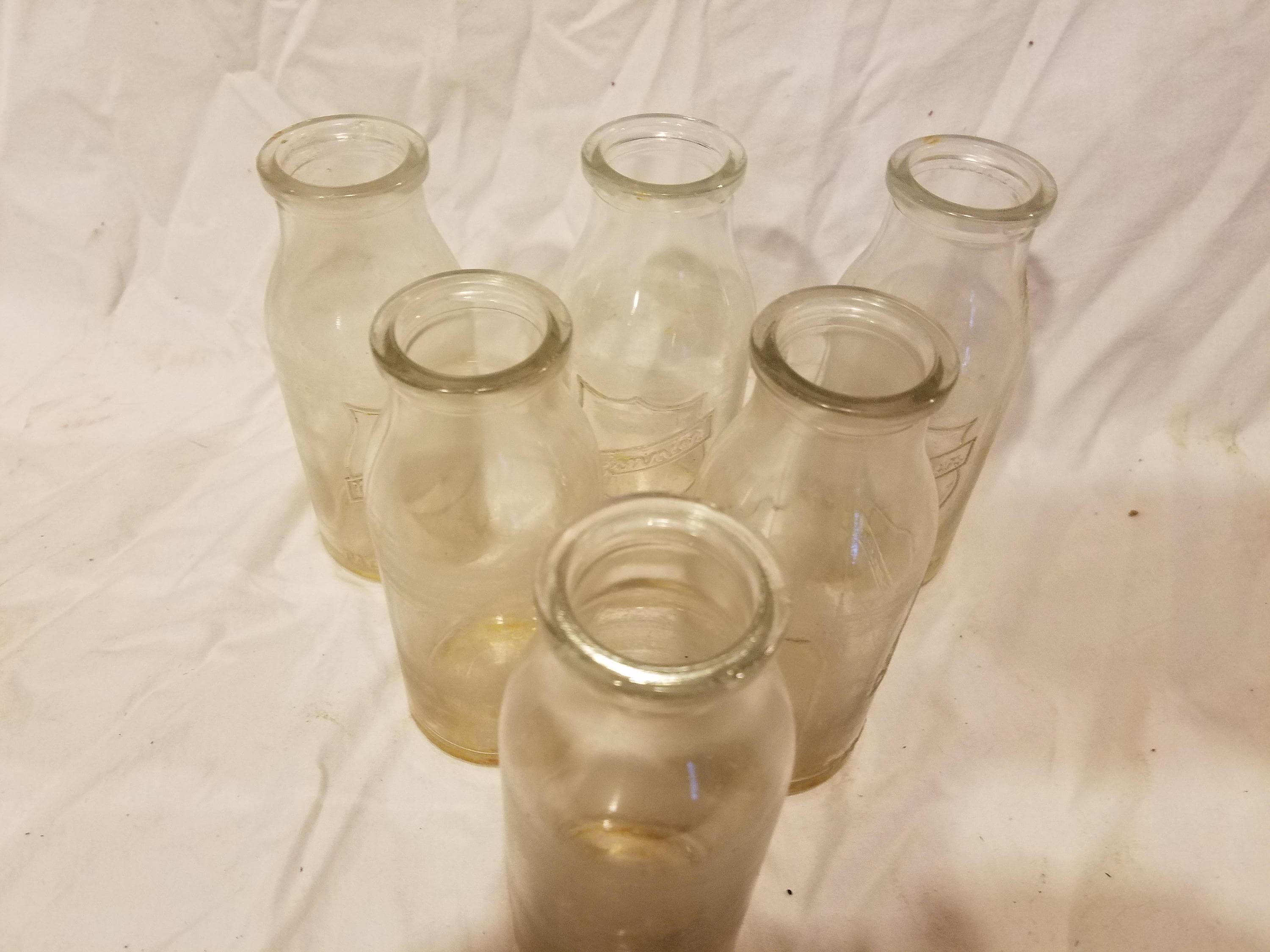 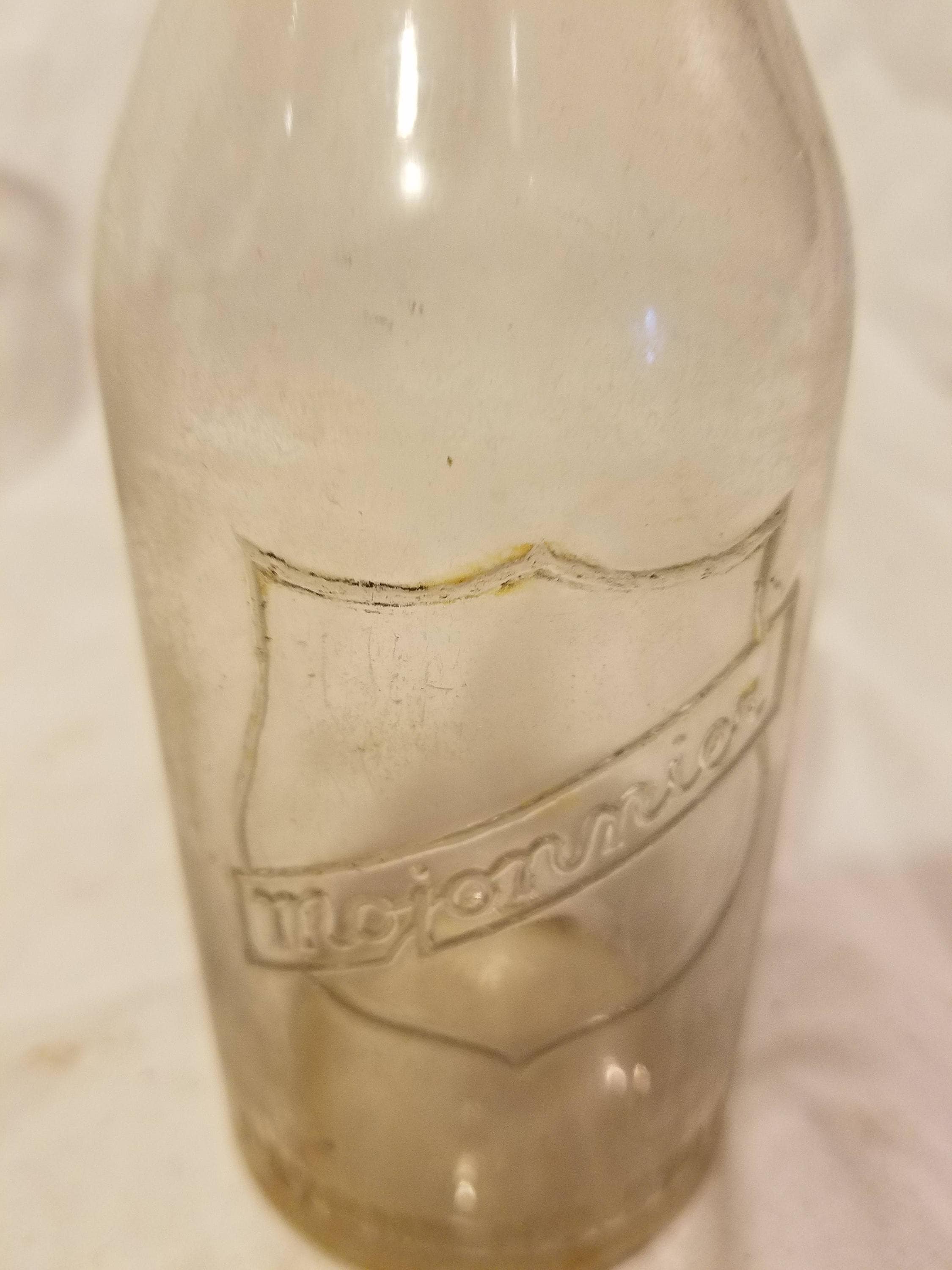 6 clear empty glass milk testing bottles that were manufactured by the Mojonnier Bros. Company. "Mojonnier Chicago. Pat. Pend." The bottle has embossed writing on one side. There is a shield with the name "Mojonnier" written diagonally across it. Then at the lip of the bottom of the bottle is says "Patent no. 57479."

Composite milk samples were taken over several days to save having to run tests every day. Dairymen were paid on the amount of fat in their milk. Creameries took a sample of a dairyman's milk and tested it for the fat content and then paid them based on the results of that test. The Mojonnier composite sample bottles were used for these samples and are quite common. The design was patented on April 5, 1921 by Julius John Mojonnier of Oak Park, Illinois and he assigned the patent to Mojonnier Bros. Company of Chicago, Illinois. The original bottles had a rubber stopper held on by a non rusting, metal chain. It was important that the bottle seal tightly because if any water evaporated the fat test would be artificially increased. Later the chain was dropped and the rubber cork was held to the bottle by a rubber strap.