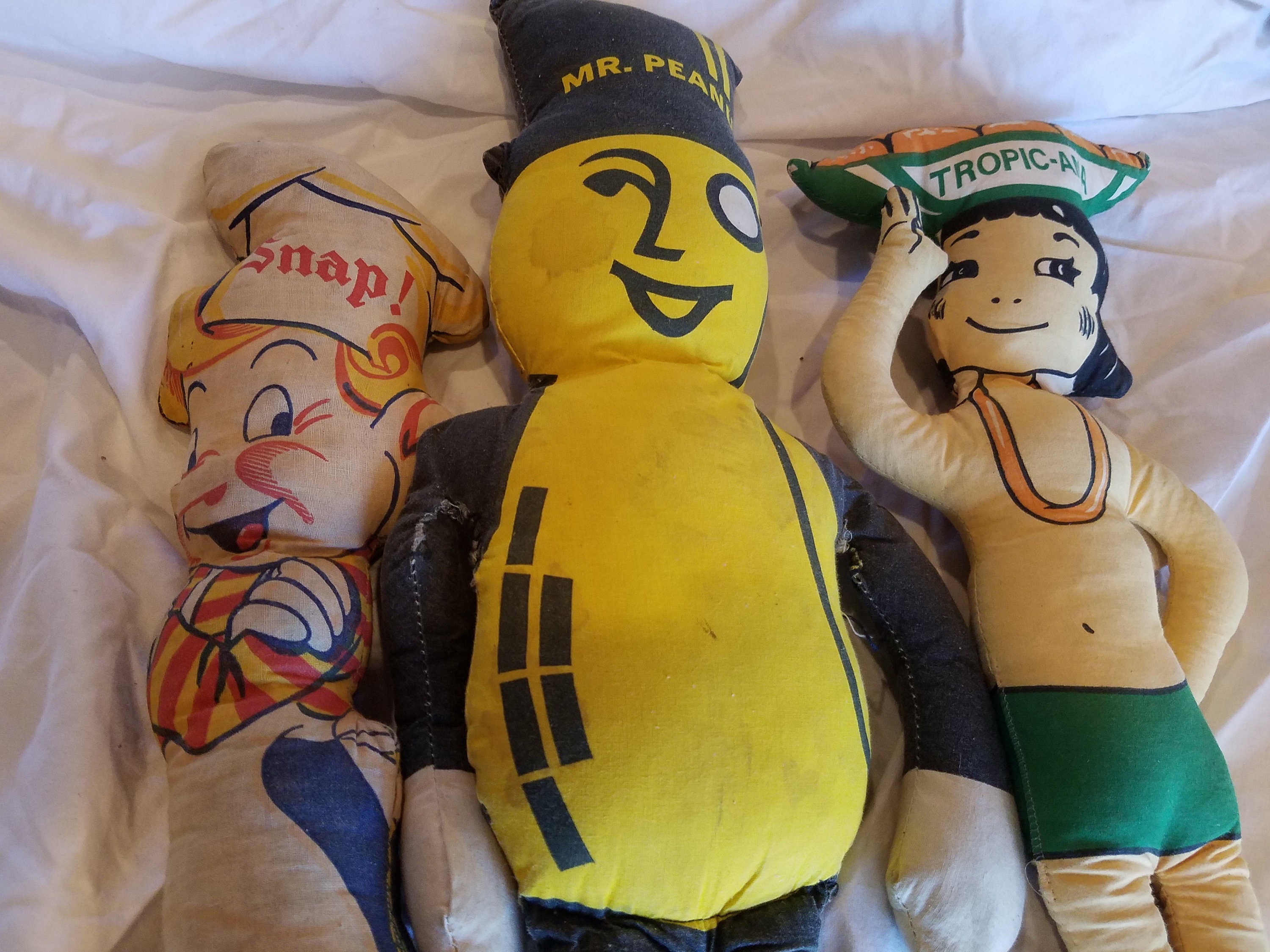 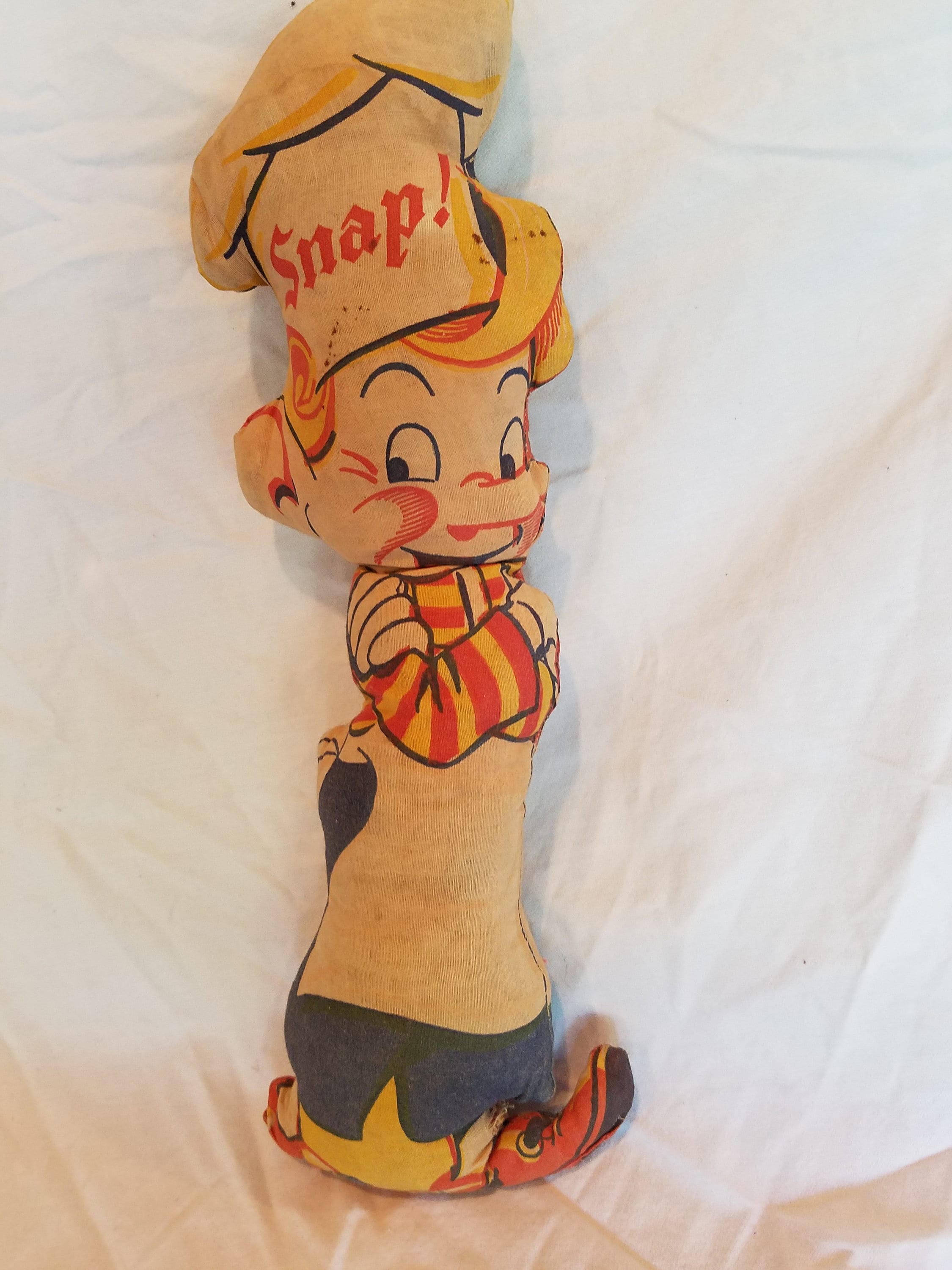 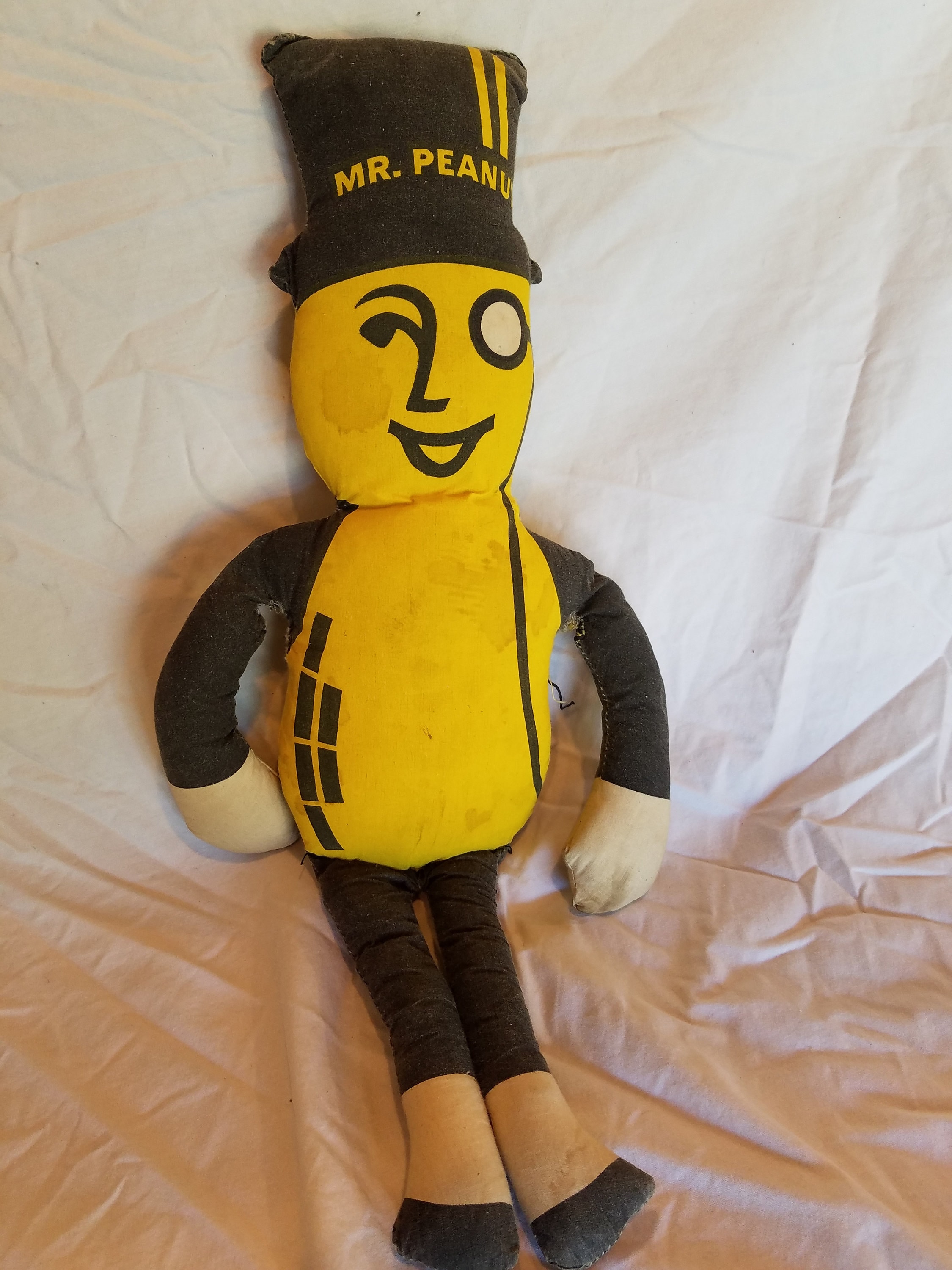 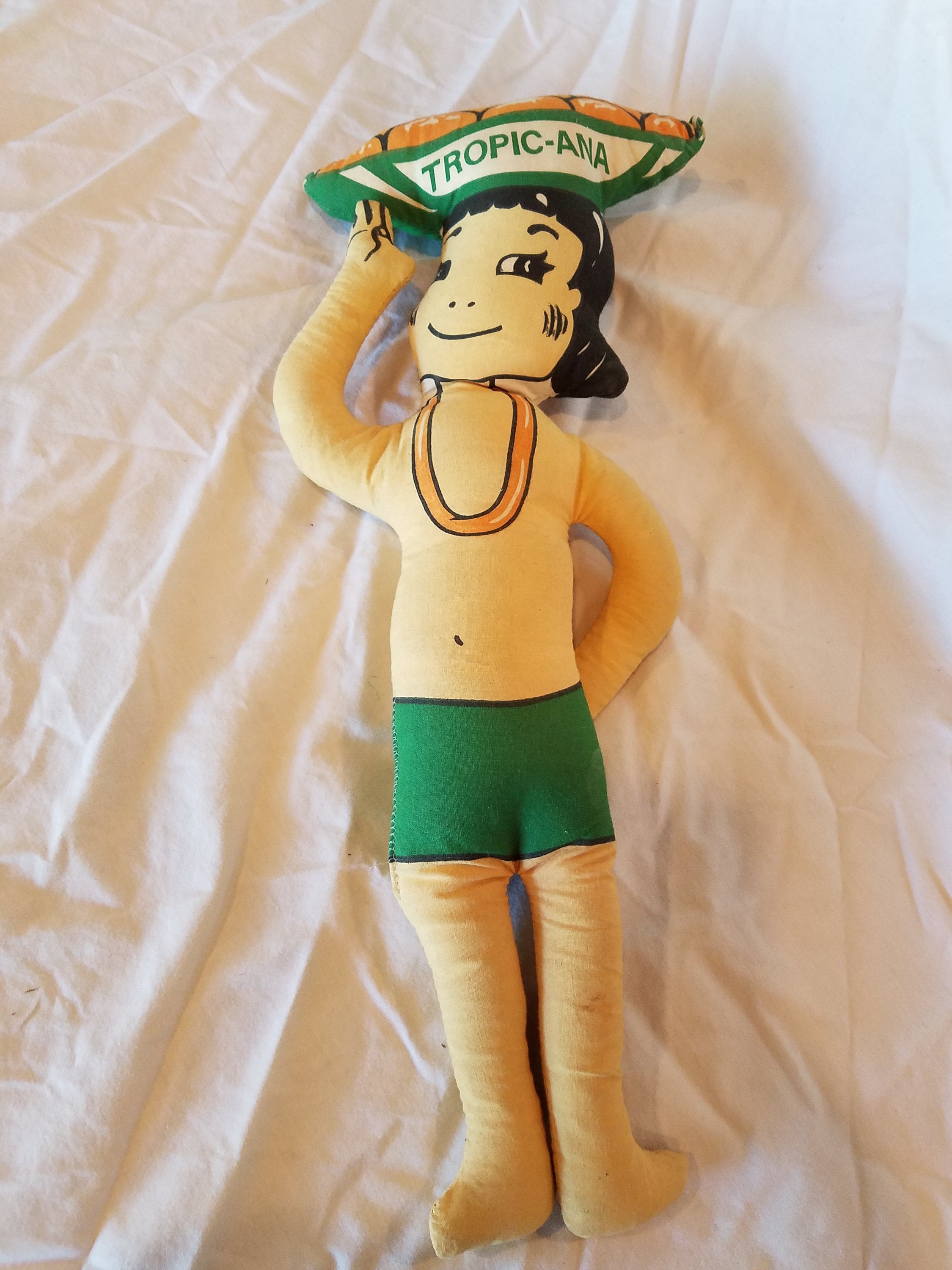 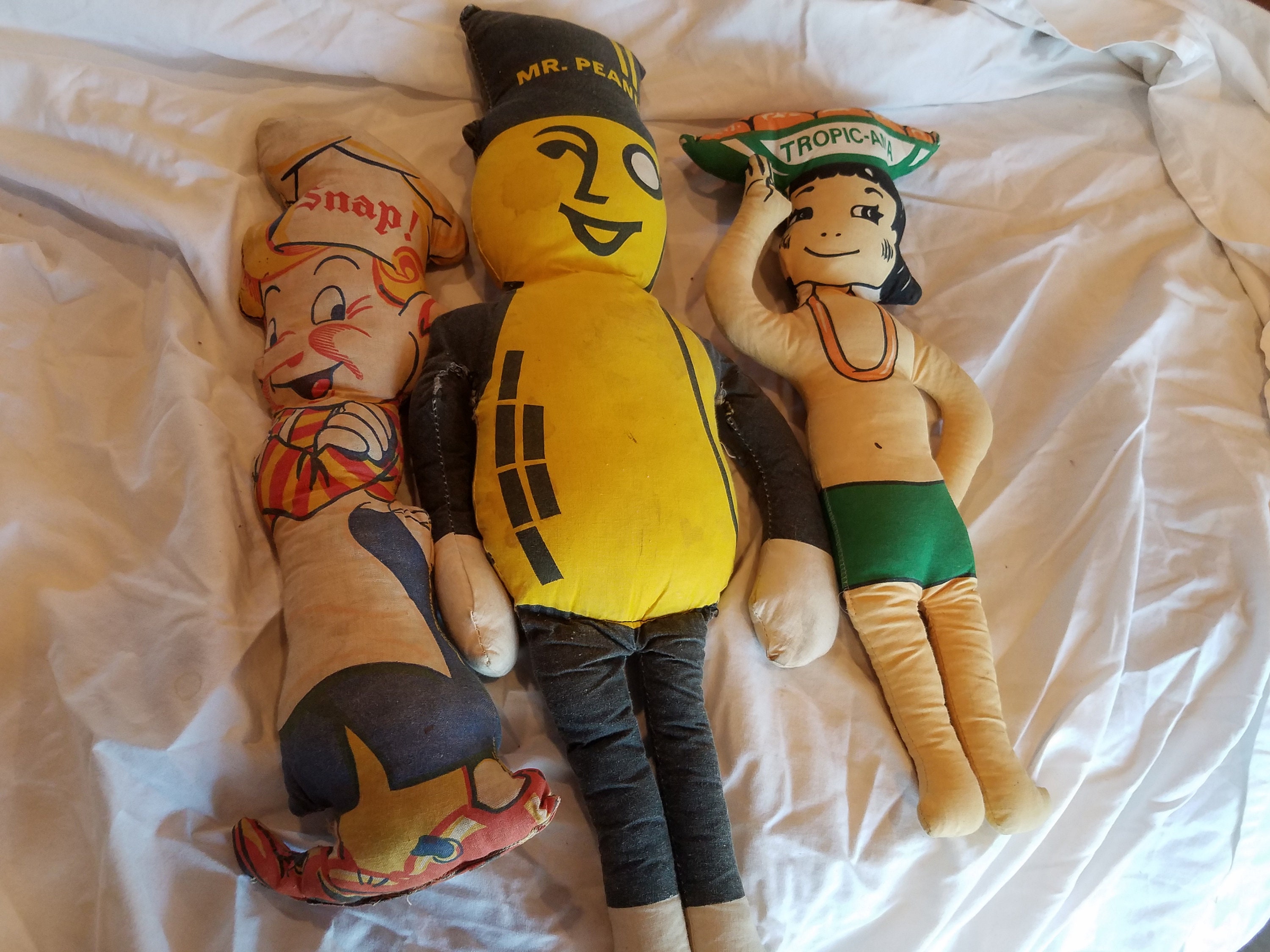 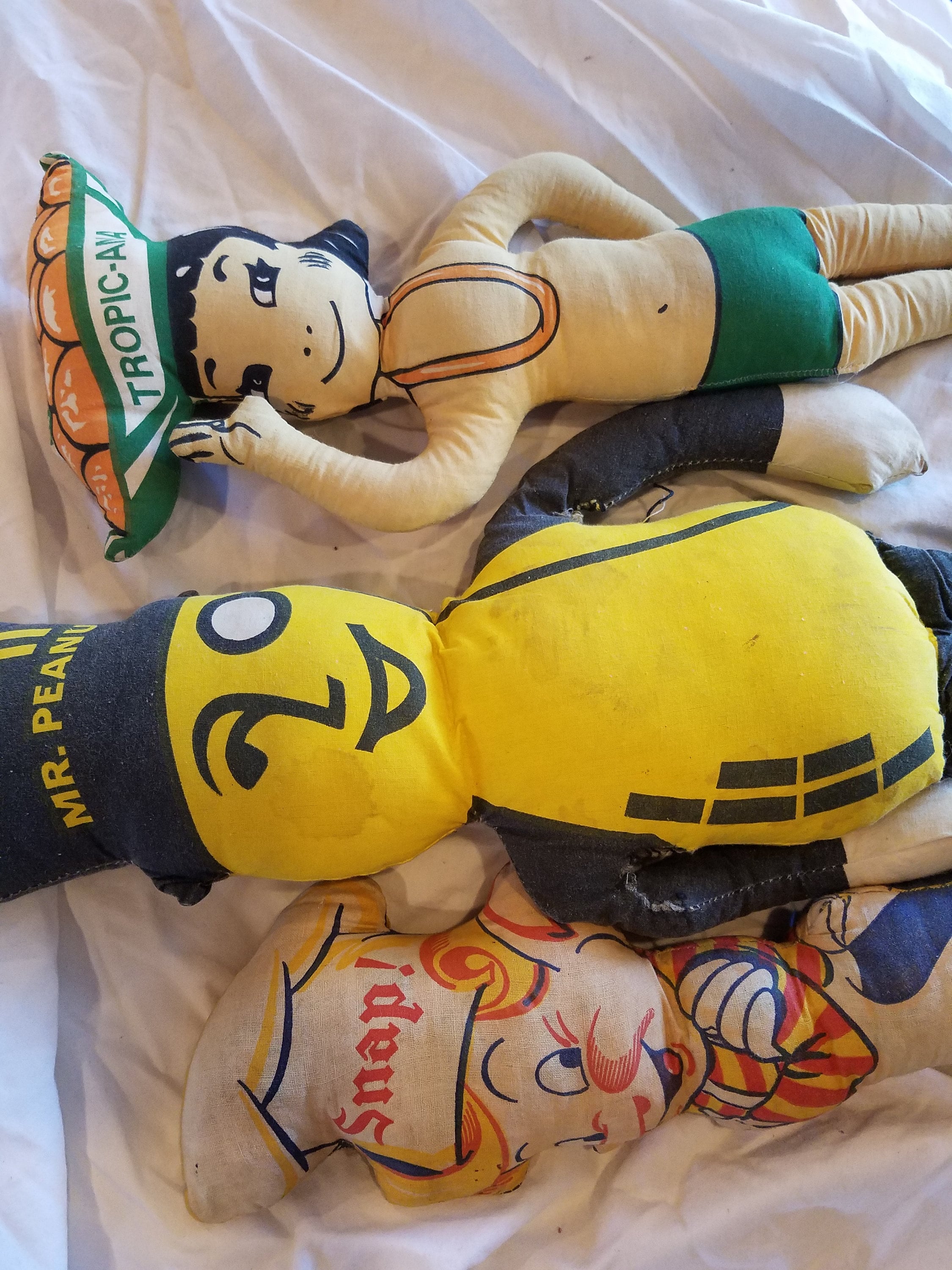 This is a very rare collection of character advertising dolls. The Tropicana girl cannot be found and A "Snap" (from snap crackle pop) hat is stuffed is a rare find also.
Separate they would be go for a lot more but discounted due to a collection!

Snap - This Kelloggs Rice Krispies Snap! cut-n-sew cloth doll cost 15 cents and one cereal box top when he made his debut in 1948. This was sold not sewn.Tthe consumer stuffed and hand sewn this!

Mr Pesanut - 1916. Mr. Peanut was born when schoolboy Antonio Gentile submitted his sketch to win the Planters contest for a brFun Facts About Mr. Peanut
Mr. Peanut's "real" name, according to the boy who created him, is Bartholomew Richard Fitzgerald-Smythe.
In the 1970s, an artist dressed as Mr. Peanut ran for mayor of Vancouver, Canada.
To celebrate the company's centennial in 2006, Planters ads asked consumers to choose a new costume for the monocled nut. The result? Fans liked Mr. Peanut as he was.
Mr. Peanut made his debut at the Macy's Thanksgiving Day Parade in 1997.
The first Mr. Peanut print ads appeared in 1918 and he was a staple of early TV commercials in the 1950s.

Tropicana Girl - EXTREMELY RARE!!!!. I cannot find pictures, history or anything about this doll!!
Help??