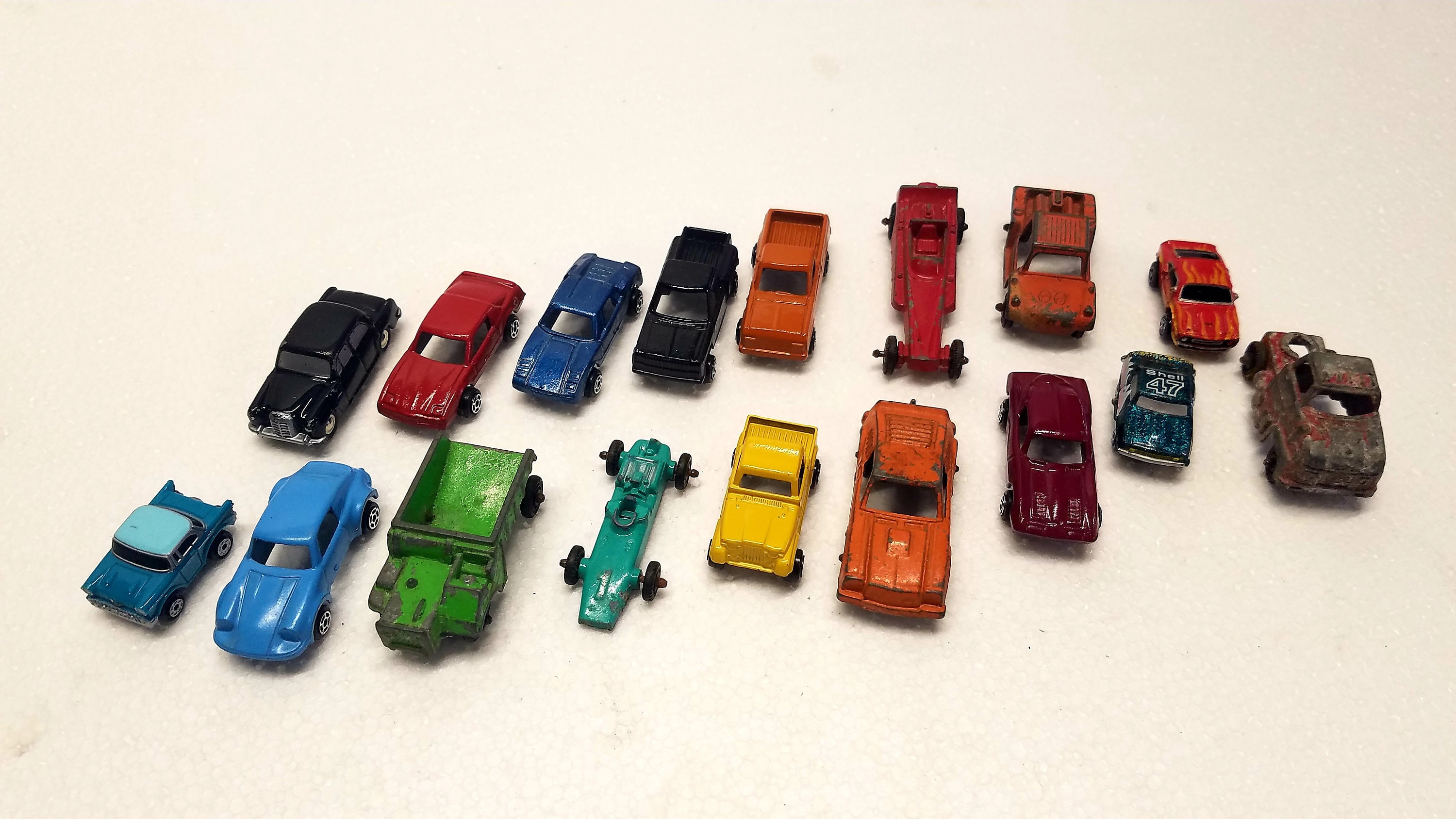 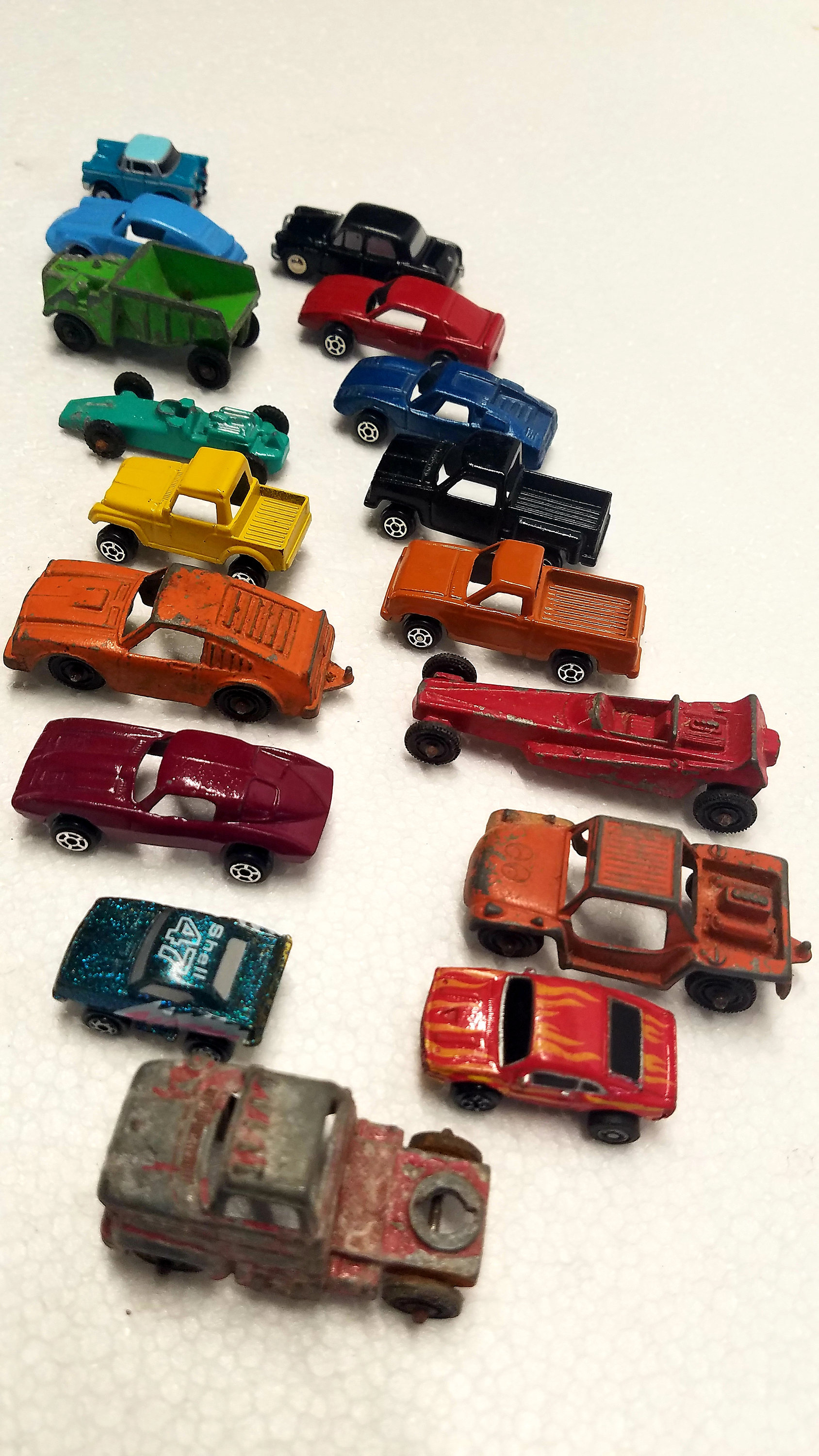 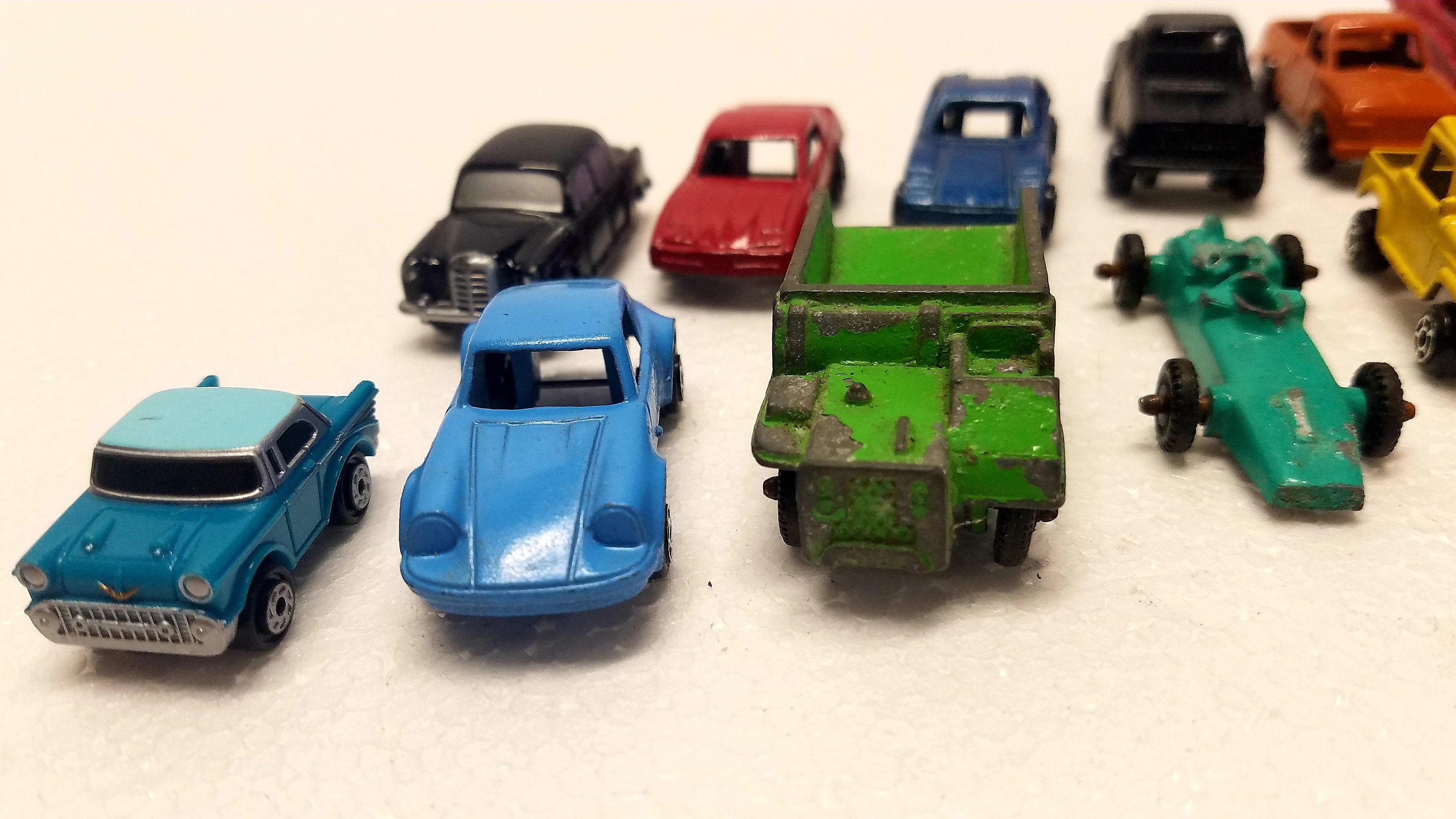 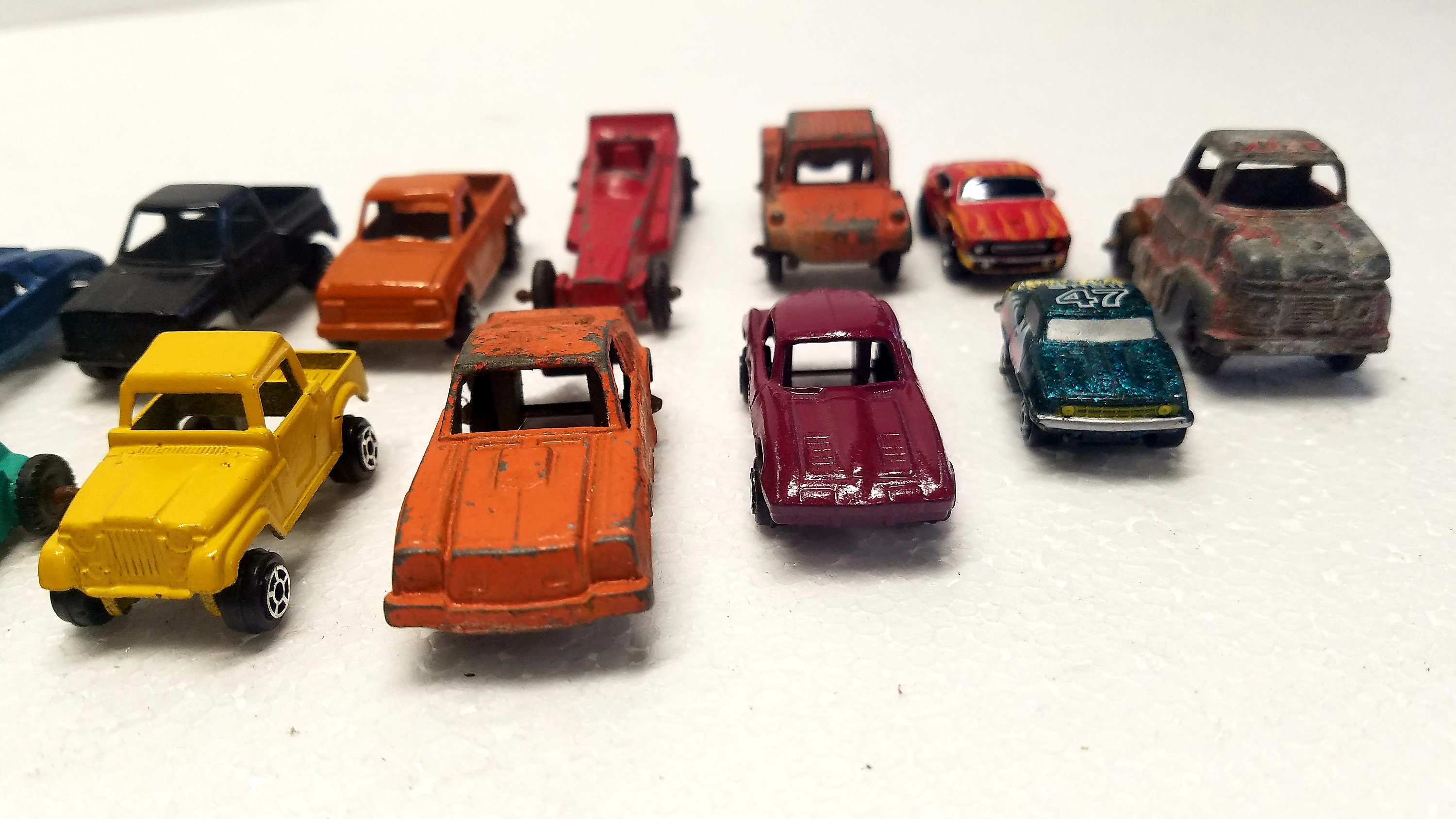 Tootsietoy is a manufacturer of die cast toy cars and other toy vehicles which was originally based in Chicago, Illinois. Though the Tootsietoy name has been used since the 1920s, the company's origins date from about 1890. An enduring marque, toys with the Tootsietoy name were consistently popular from the 1930s through the 1990s.
Whether small or large, metal or plastic, Tootsietoys were usually simply made - often with only seven parts: a single diecast metal body, two axles, and four wheels. Arms protruding from the underside of the body were pinched around the axles after the wheels were added, which held wheels and axles in place.
These are small - less than 1 inch!!