The Leather Stitching Horse - One of the oldest American tools! 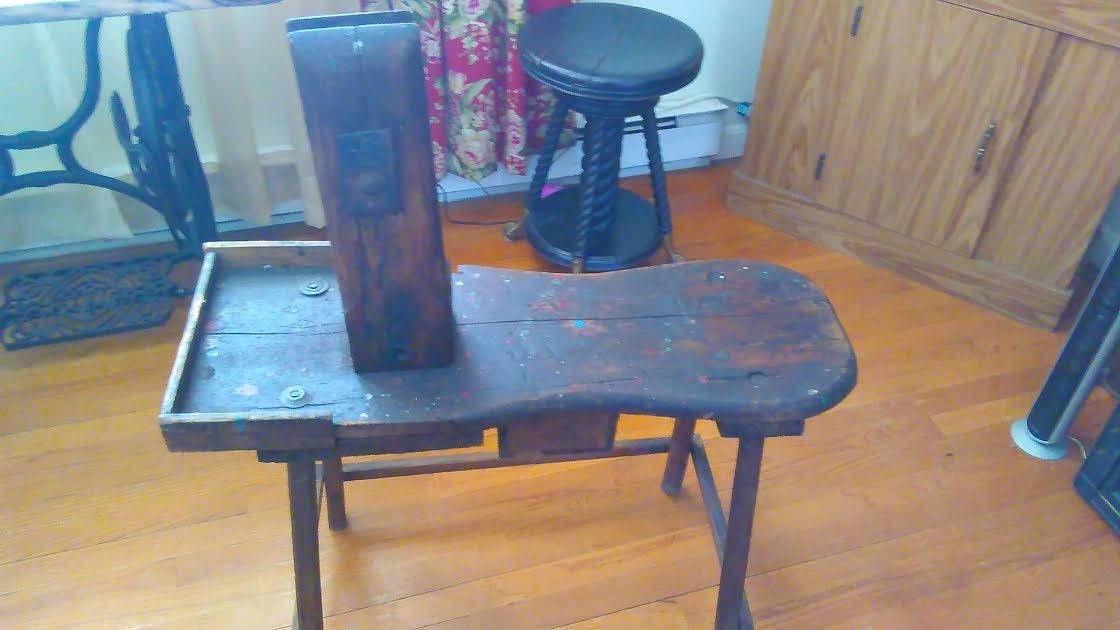 During a recent pick, I came across this really nice piece, Like anything I find, if I don't know what it is, its unique and I like it - I buy it!! After cleaning it up I started researching it quite a bit. What a unique and rare piece!!

You can still buy these new and the design has not changed! What does that tell you??

The stitching horse was used by leather workers to assist them when hand stitching saddles, harnesses, etc. The worker would sit on the stool facing the vertical clamp. His foot would control the pedal underneath the stool. Pressing down on this pedal increased the tension of the clamp which in turn would hold the leather more securely. This particular piece has a bolt and screw on the side instead of a foot pedal. Having the leather still would allow the worker both hands free. He then would poke holes in the leather with an awl and stitch through them. There were different sized jaws for the clamps depending on what was being worked on. Heavier objects would have deeper jaws for a stronger, firmer hold.

One of the earliest uses was at the at the Federal Quartermaster Bureau, which later became the Army Remount Service. They supplied horses, saddles and harnesses to the US calvery during the civil war. 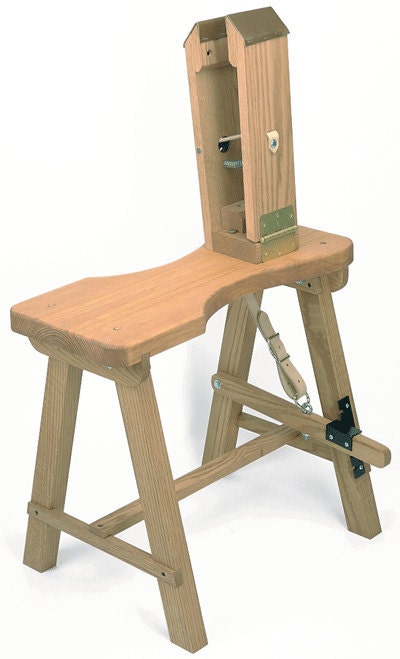 A part of the Quartermaster Corps, the U.S. Army Remount Service provided horses (and later mules and dogs) to U.S. Army units. Evolving from both the Remount Service of the Quartermaster Corps and a general horse-breeding program under the control of the Department of Agriculture, the Remount Service began systematically breeding horses for the United States Cavalry in 1918. It remained in operation until 1948, when all animal-breeding programs returned to Department of Agriculture control.

The Remount Service had its roots in the expansion of the Union Army during the first days of the Civil War. It was determined that the Federal Government would provide horses for all cavalry and artillery units. This was in direct contrast to the Confederate practice of making each cavalry trooper provide his own horse 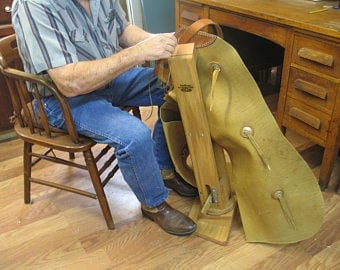 Once implemented, the existing system of regimental purchasing boards was quickly overwhelmed and unsuited for dealing with newly raised regiments. In response, the Quartermaster Corps created two different organizations, one for field artillery and another for cavalry, to purchase the large number of horses needed to equip both Regular Army units and state-raised volunteer units. The Quartermaster General's Office oversaw the purchase of draft horses and mules, while the newly created Cavalry Bureau did the same for all cavalry remounts.

The lesson here?? There are a lot of interesting items out there!! Do not limit yourself to things you know about, of items you ae comfortable with. Most of all ---- "keep your head on a swivel and always be picking!!!